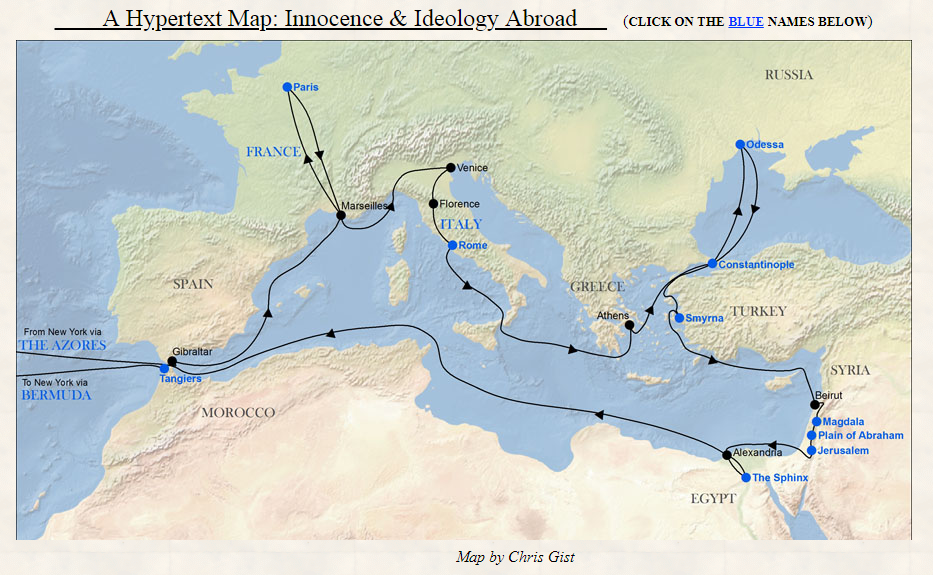 “With the help of computer technology this map attempts to display two different things. The black line tracks the route MT took on the Quaker City excursion. At the same time, the 13 places named in blue are active links. Clicking on any of them will take you to a passage in Innocents Abroad about that place. And when MT’s book is reconceived this way — geographically, or geo-culturally — what begins to appear is a map of the racial and ethnic prejudices shared by the book and its American audience.”

“Published in 1869, this account of a trip east to the Old World was a great popular success. Within its first year it sold over 70,000 copies, and it remained the best-selling of MT’s books throughout his lifetime. The book began as a series of travel letters written mainly for the Alta California, a San Francisco paper that sponsored MT’s participation in the Quaker City trip to Europe and the Holy Land in 1867. Revising the letters into a book was suggested by Elisha Bliss, who published Innocents as a subscription book on July 20th, 1869.”